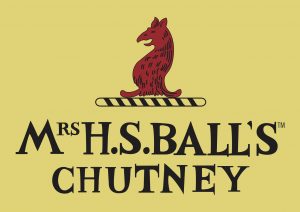 In 1852 when the SS Quanza was shipwrecked off East London, South Africa, en route from Canada to Australia, Captain Adkins and his wife were lucky to escape with not only their lives but also the blueprint for what was to become one of South Africa’s most unique and priceless culinary icons. Making the best of their situation, Captain Adkins and his wife settled in King Williamstown. In 1865 their daughter, Amelia, was born. She was later to marry Mr Herbert Sandleton Ball, a railway superintendent from Cape Town. As part of her coming of age, the young bride was given the coveted secret chutney recipe.  And the rest as they say:   “is history!” 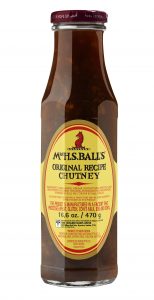 One of South Africa’s much loved food favorites Mrs H.S. Ball’s Chutney™.  The Original one, adding flavour to any meal, delicious for marinades and dips.